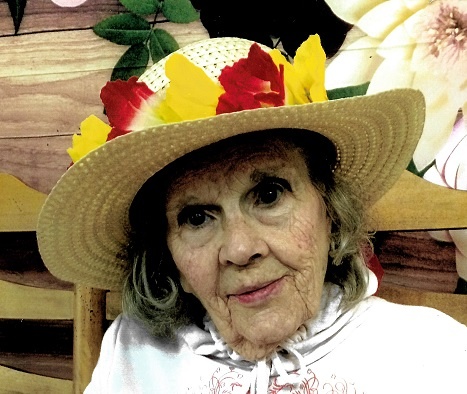 Yvonne Louise Helm Leach, 90, former resident of Shady Spring, passed away on Saturday, May 14, 2022 at The Villages of Greystone, Daniels, WV from a 13 year battle from Alzheimer’s Disease. She had been a resident since 2020.

Born November 28, 1931 at Twin Branch in McDowell County, she was the  daughter of Joseph Anderson Helm and Anna Josephine Sweeney Helm. She was preceded in death by six siblings, Geneva Hodges, Mowyer Helm, Lester Helm, Elizabeth Huff, Jo Jean Helm and Jack A. Helm. She was the last surviving member of the children.  She was also preceded in death by her husband, Eugene H. “Spot” Leach of 69 years in February 2020.

Mrs. Leach spent her childhood at Pickaway in Monroe County on the family farm. She was a 1949 graduate of Union High School and later attended Concord College.  On December 29, 1950, she married “Spot” at the manse in Clifton Forge, Virginia and began a career as an army wife until 1954. Then began travels with her husband’s career moves with C & P Telephone Company with a final move to Shady Spring (1974), living there until January 2020 and her subsequent move to Greystone.

Yvonne loved birds, butterflies, sketching, cooking, caring for her family. Billy Graham literature and watching his crusades.  She had a strong faith and was a member of First Christian Church of Beckley serving as a deaconess. She was the epitome of the Proverbs 31 woman. Her family rose and called her Blessed.

The family would like to thank the staff at Greystone for her care, especially those in the Courtyard section as well as the nurses and social workers from Bowers.  In lieu of flowers, Please consider contributions be made to the Bowers Hospice House of Southern West Virginia.

Services will be 11:00 a.m. Wednesday, May 18, 2022 in the Calfee Funeral Home Chapel with Bishop Kenneth Clark officiating. Entombment will follow in Sunset Memorial Park. Friends may visit with the family from 10:30 a.m. until service time.

To order memorial trees or send flowers to the family in memory of Yvonne Louise Helm Leach, please visit our flower store.