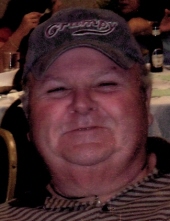 William "Bill" Browning Campbell of Harper WV passed away November 3, 2019 at the Bowers Hospice House, following a long illness. Born April 20, 1948 in Rainelle, WV. He was the son of Walter and Margie Campbell.
In addition to his parents, he is preceded in death by his wife of 24 years, Connie Campbell, a brother, Robert "Bobby" Campbell, and a nephew, Bernard "Rocky" Campbell.
Those left behind to cherish his memory are his fiance of 15 years, Shelia Pugh, of Layland. A son, William "Bill" Campbell II, of Bristol TN. A daughter, Misti Campbell, and husband David Caple of Wilmington NC. Three grandchildren, Hunter Campbell of Wilmington NC. William "Billy" Campbell III and Bailei Campbell and their guardians Dolly and Eddie Bragg of Glen Jean WV. A brother, Bernard "Butch" Campbell and wife Sheila Campbell of Shady Spring WV. A sister, Tammy Campbell-Cline and husband John Cline of Piney View WV. A sister-in-law Linda Passal of Conway SC. Nieces and nephews: Patrick Campbell, Michael Campbell, Ruth Ann Crews, Brooks Cline, Amber Elder, Brianna Lewallen, Luke Abshire, Meadow Elder. Bill also became very close with his fiance's children, Jimmy Ray Pugh and wife Barbie, along with their children Jessie, Justin, Jonah and grandchild Tobias. Jeff Pugh and wife Janie, along with their son Jerral. Bill also leaves behind a host of extended family, countless friends, former coworkers, and his church community.
Bill was raised in the close knit community of Terry WV. He graduated from Woodrow Wilson High School Class of 1967. He spent his younger years singing in various local bands such as the Red Barons and Gentleman Four. Throughout the years, Bill worked a number of jobs in the area. He worked at Eccles Coal Mine for 12 years until it closed. Bill retired from the City of Beckley after 19 years of service. Bill is probably most known for his service to the City of Beckley as a Board of Public Works Employee which included tending to Fridays in the Park and caring for the city's flower gardens and plants. Bill is also widely known for his ministry of Gospel Music that was spread by his travels near and far to a variety of churches and religious festivals. He was blessed to be able to share the word of God through his music. Bill was a loving soul who always had a smiling face and kind words for his fellow man.
Services will be 1 pm Wednesday, November 6, 2019 in the Calfee Funeral Home Chapel with Pastor Lynn Halstead officiating. Burial will follow in Sunset Memorial Park. Friends may visit with the family from 11 am until service time. Burial will follow at Sunset Memorial Park. Family will serve as pallbearers.
In lieu of flowers, please make donations to Hospice of Southern WV, P.O. box 1472, Beckley, WV 25802