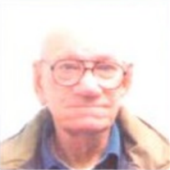 William Jay Jennings, 84, of MacArthur, passed away Friday, October 27, 2017 in Beckley. Born February 25, 1933 he was the son of the late Malcolm and Carrie Jennings. Besides his parents he was preceded in death by his sisters, Helen Jackson and Dorthea Jennings and brothers, Darcie, Lowery, Raymond, Earl, Robert and Cecil Jennings.

Mr. Jennings was a mechanic and loved to hunt and fish.

William is survived by his surrogate daughter, Michelle Farley and her husband James, II of Hinton; granddaughters, Jill Johnston and her husband Steven of MacArthur and Amber Egnor of MacArthur; great-grandchildren, Levi and Zoe Johnston; brother, Jerry D. Jennings and companion Linda Patterson of New Mexico; sister Nellie Gay (Dottie) Stevens of Virginia Beach along with many nieces and nephews and his beloved dog, Sugar.

Funeral services will be 12:00 p.m. Tuesday, October 31, 2017 at Calfee Funeral Home. Burial will follow at Calfee Cemetery. Friends may visit with the family 1 hour prior to the service.