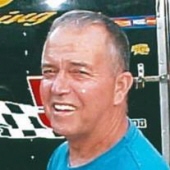 .Willard C. Chapman, 68, of MacArthur, passed away on March 7, 2015 at Harper Mills of Beckley following a long illness.
Willard was born in MacArthur, WV to Willie and Delpha Chapman on March 10, 1946. H was a retired welder and enjoyed working on cars, visiting with friends and family and spending time with his grandchildren.
Willard was preceded in death by his parents, Delpha and Willie Chapman; wife , Mary Metz Chapman; stepson, Shawn Richmond; brother, Ronald L. Chapman and sister, Doreen Cook.
He is survived by his son, Willie Chapman; stepdaughter, Frances Pack and husband Donnie; grandchildren, Kody, Hunter, Logan, Johnathan and Andrew Chapman, Christopher, Cara, Cheri, Ambra and Bradley; brother and sister-in-law, James and Maggie Chapman. One surviving aunt, Nellie Johnson and many beloved cousins, nieces and nephews.
The family of Willard wish to extend a sincere thank you to the kind staff of Harper Mills and his two nephews Alan and J.R. for being by his side.
Per Willard’s wishes he will be cremated. A Celebration of Life will be 7:00 p.m. Wednesday, March 11, 2015 in the Calfee Funeral Home Chapel. Friends may visit with the family from 6:00 p.m. until service time on Wednesday at the funeral home.
On line condolences may be left at www.calfeefh.com.
Arrangements by Calfee Funeral Home, Beckley.
To order memorial trees or send flowers to the family in memory of Willard C. Chapman, please visit our flower store.