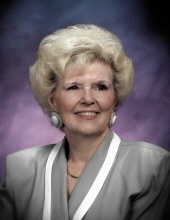 Vernice was born in Kingston, West Virginia to Charles Matt and Essie Myrtle (Hash) Rakes. She spent her early years in Fayette County and graduated from Collins High School. She married Lee Frazier in 1963, moved to Maxwell Hill and became his partner in several business enterprises, most notably New River Supply and Spartan Sporting Goods. Sadley, Lee passed away in 1980.

She married again in 1981 to Edward Ketchka. Together they joined the Presbyterian Church in Beckley, traveled extensively, spent time at their camp on the Greenbrier River, bowled and played countless rounds of golf. After Ed’s passing Vernice continued to bowl and golf, was an active member of the Beckley Concert Association, the Gulf Area Women’s Club and Raleigh General’s Senior Friends.

Vernice will be greatly missed by those who knew and loved her. Beside her parents, she was also preceded in death by two brothers, Charles and Bill, and by her son Charlie Frazier of Brookfield, Wisconsin.

Left to mourn her passing are also special friends Greg Meadows, Lou Hall, John Sweaser and Leslie Gray Baker who had been her friend and confidante for the past 49 years.

Funeral services will be 1pm Saturday, February 6, 2021 at Calfee Funeral Home with Pastor Vondie Cook, Sr. officiating. Burial will follow in Highlawn Memorial Park. Friends may call on the family 1 hour prior to the service.