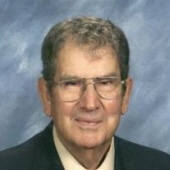 Born March 11, 1924 in Maple Meadow, WV, he was the son of the late John N. and Linnie Snuffer Shumate. He was preceded in death by his parents, his wife of 49 years, Georgia Lilly Shumate, his sisters Edith Kessel and Dorthy Walls, and his brothers Sybil, Sherman, Glenn. Kelmor, Basil and Wilford.

He was a 1943 graduate of Trap Hill High School in Surveyor, WV. He was active in the Future Farmers of America. After basic training in Fort Knox, KY, he served in the 49th Field Artillery Battalion of the 7th Infantry Division in Camp Younghans, Japan during 1948-1950.

In addition to farming as a young adult, he was a section hand, wreck train crewman and brakeman on the New River Division of the Virginian Railway. He later drove a school bus for the Raleigh County Board of Education, worked for Raleigh Grocery as a warehouseman, truck driver and salesman, and finished as a salesman for Corey Candy Company and McDowell Supply. He retired at the age of 88.

He was a longtime member of the Crab Orchard Baptist Church. He served the church as an usher and deacon for various terms.

Those remaining to cherish his memory are his son, David K. Shumate and wife Dorothy of Roanoke, Virginia and grandson, John David Shumate of Roanoke, VA.

Funeral services will be held at 3:00 p.m. Sunday, December 6, 2015 in the Calfee Funeral Home Chapel with Pastor Mike Sisson officiating. Interment and graveside rites will follow at the Calfee Cemetery at Mount Tabor. Visitation will be from 1:00 p.m. until time of service on Sunday at the funeral home.