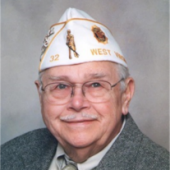 Truman Lynch Sayre, Sr. passed away at his home at Flat Top Lake on May 6, 2018 with loving wife, Nora Crawford-Sayre, by his side.
He was born in Beckley, August 19, 1925, to the late Floyd M. (Sr.) and Winifred Sayre and married Nora in 1996. She has been his devoted partner for 22 years and caretaker as his health declined.
Truman is survived by his children Truman, Jr., of Charleston, Rebecca (Jim) Riffe, of Noblesville, IN, and Thomas (Carla) of Front Royal, VA; grandchildren Daniel, Tyler, Jennifer, Francesca, Bernadette, Katy, Philip, Gianna and Nicole and great-grandchildren Carson, Adelyn, Savannah and Aubrey; brothers Robert (Margaret) and Graham (Kathy) and sister, Frances (Charles) Beasley. Truman had a special relationship with Nora’s children Carol, Lee (Janice), Anne (Craig), and Beth and their children Pam, Annabelle, Colleen, Jessica and Travis. He is olso survived by his sister-in-law, Mrs. Floyd (Ruth Ellen) Sayre and the mother of his children, Betsy Ferguson Sayre of Harrisonburg, VA. He is preceded in death by his parents and brother, Floyd.
After graduating from Woodrow Wilson High School in 1943, he enrolled in the Corps at V.P.I. (Virginia Tech). In 1944, at the age of 19, he was commissioned a 2nd Lieutenant in the US Army. Truman’s unit was part of the armada preparing to invade the Japanese mainland when the atomic bomb was dropped. His ship was diverted to the occupation of Korea. He was stationed in Seoul for 18 months with the 31st Infantry. Upon completion of his military service, he returned to V.P.I. and transferred to WVU where he was a member of the Sigma Nu fraternity. He then earned his law degree at the University of Richmond.
Following in his father’s footsteps, he was admitted to the West Virginia Bar and practiced law in Beckley with his father and brother, Robert, for over 35 years. Truman was the first Family Law Master in Raleigh County and retired from his state appointed position in 1991.
Truman was a member of St. Stephen’s Episcopal Church where he served as a lay reader. Truman was an avid coin collector and his WV scrip collection was featured in Coin World Today. In his younger years, he was an active member of the Jaycees and Rotary Club. In the 60’s and 70’s, Truman was a member of the WV Turnpike Commission and the Voice of the Beckley College Blue Hawks. In retirement, he was a member of the Beckley VFW.
It is with the American Legion that Truman leaves his greatest legacy. Many from Beckley will remember him serving as Grand Marshall for the Veterans’ Day parade. Annually, he took great satisfaction in his involvement with the vintage car section of the parade from signup through staging. He was proud of his service and he relished serving with and being around other veterans. He gave back as he held many offices with the Legion’s Post #32. Truman was a mainstay with Mountaineer Boys’ State where he was first a citizen as a high school senior and then a counselor for more years than we can count. Hundreds of West Virginia’s future leaders were touched by his example and leadership.
He was recently certified with the National Society of the Sons’ of the American Revolution.
Visitation will be from 12:30 -2:00PM at St. Stephen’s Episcopal Church, May 19, 2018. Services will follow at 2:00PM, officiated by Father Adeeb Khalil, concluding with his ashes interred with military honors at the St. Stephen’s columbarium.
Memorial donations may be made to St. Stephen’s Episcopal Church fund or Hospice of Southern West Virginia fund at the Beckley Area Foundation, 129 Main Street, Beckley, WV 25801 or Mountaineer Boys' State in care of: Ellis J. Vest, Jr., Commander American Legion Post 32, 1708 S. Kanawha Street, Beckley, WV 25801.
To order memorial trees or send flowers to the family in memory of Truman Lynch Sayre, please visit our flower store.