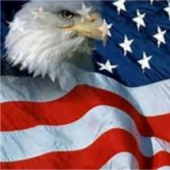 Tom Edward McGrady, 78, of Beckley died Saturday, November 4 following a long illness. He was born on August 10, 1939 in MacArthur to the late Earl and Eura Rivers McGrady.

Tom served in the U.S. Army where he was stationed in Colorado Springs, Colorado. Tom worked for N+W and also Westmoreland Coal Company until it shut down in 1985. Tom then opened and helped operate Byrd Drive Auto Sales until he retired.

Funeral services will be held at 1 P.M. Wednesday, November 8 at Calfee Funeral Home on South Oakwood Avenue in Beckley with Reverend Douglas Holley officiating. Burial will follow in the McGrady Family Cemetery in Cool Ridge. Friends may visit with the family one hour prior to the service.