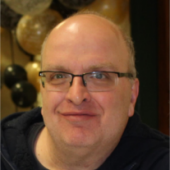 With heavy hearts and deep regret, we announce the passing of Tim Rahall, 53, of Beckley. Timothy “Tim” James Rahall was born May 17, 1965, in Milwaukee, WI. He was the beloved son of Theresa Marie Rahall of Beckley and the late Jameel “Jim” Rahall.

Tim grew up in Beckley and attended local schools. He was a 1983 graduate of Woodrow Wilson
High School and the Raleigh County Vocational School with a certificate in Surveying. Tim held a BS in Political Science with a minor in History from WVU. In his younger years he worked with his father in the family owned business, The Slack Rack. He had recently worked for 17 years as a Behavior Analyst Supervisor for REM. Tim was an avid reader and a history buff. He was a Pittsburgh Steelers fan and enjoyed beach vacations and hiking.

Affectionately known as “Timmy” by his family while growing up, he is survived by his Mom, Theresa Rahall; two sisters: Ann Rahall, MD, of Maui, Hawaii, and her sons Connor McKenney and Michael McKenney; and Karan Rahall of Beckley; Aunts: Jeanette Cormack of St. Albans, WV; Gloria Colby and her husband, Jim, of Smith Mountain Lake, VA; Pat Laux of Huntington, IN, and several cousins. Tim is also survived by his longtime girlfriend, Tabitha Coy, and her grandchildren, who Tim loved as his own: Preston, Madison, Alayna, Ivy Rose, and River.

In keeping with Tim’s wishes, his body has been cremated. A memorial service will be held at a future date.

The family requests any expressions of sympathy to honor Tim’s memory be made in the form of donations to the Raleigh County Humane Society to assist the countless number of animals in need. Tim loved animals.
To order memorial trees or send flowers to the family in memory of Timothy James Rahall, please visit our flower store.