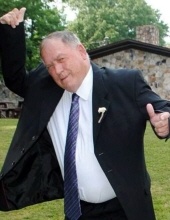 Thomas (Tommy) L. Puckett, 75 of Sophia, Wv went to be with his Lord and savior on February 22, 2021 after a long courageous battle with cancer. He was surrounded by his loving family and friends.
Tommy was born April 7, 1945 to the late Thomas L. Puckett, Sr. and Betty Smith Puckett in Stotesbury, WV. Tommy was a 1963 graduate of Stoco High School.
Tommy was a retired coal miner with 30 years of service. After retirement, he was employed with Flowers by Nancy which was a job he loved so much. He met many friends while he was there. Nancy was his favorite cousin.
Tommy was a member of Teel Apostolic Church where he was over the bus ministry. He loved all the children that he became acquainted with. He touched many children’s lives and their parents. He loved his church family.
In addition to his parents, he was preceded in death by brothers, Robert, Jake & John Puckett; brother-in-law, Fred Adkins; mother and father-in-law, Tony & Vivian (Bib) Farruggia
Those left to cherish his memory are his loving wife of 56 years, Shelia (Farruggia) Puckett, who was by his side during all of his illness.; his daughters, Lisa (Tami) Puckett and Toni Puckett (Greg Meeks); son, Thomas Puckett, III and wife Natasha; sister, Judy (Stanley) Chafin and brother, Boosie Puckett; adopted daughter, Kylie Bowden; grandchildren, Brittni (Adam) Wills, Shana McKinney (Richard), Tyler, Hayleigh, Brooklyn & Isaiah Puckett; great-granddaughter, Aubrey Snodgrass, who was more like a daughter; sisters-in-law, Shelma Adkins, Tarenna Copley, Sandra Puckett, Mary Puckett, Bobbi Puckett and Valerie Farruggia; brother-in-law, Michael Farruggia; adopted family member, Heather Rice. He is also survived an uncle that was more like a brother, Kenneth Smith, as well as nieces, nephews, cousins, aunts, uncles, and a host of friends.
The family would like to thank everyone who has said a prayer, brought food, visited. Care givers, Amanda and Austin, daughter-in-law, Natasha Puckett, Hospice of Southern WV, 4th floor nurses ant BARH, Pastor Gary Blankenship and congregation of Teel Apostolic Church.
Funeral services will be 12:00 p.m. Thursday, February 25, 2021 at the Teel Apostolic Church with Pastor Gary Blankenship and Pastor Tim Fox officiating. Burial will follow in Blue Ridge Memorial Gardens. Friends may visit with the family from 11:00 a.m. until time of service.
Pallbearers will be Tyler Puckett, Ricky Coalson, Mickey Coalson, Paul Meadows, Howard Meadows, Bobby Simmons.
In lieu of flowers the family requests donations to Shelia Puckett.