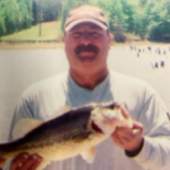 Thomas “Dwayne” Martin, 57, of Sophia WV, passed away on December 4, 2018, after a long illness, at the family farm on Spruce Run in Newport, Virginia.

Dwayne was the son of Kenneth Camden Martin and Mary Ann McElrath Veneri of Sophia. He was born on September 17, 1961 in Beckley, WV He was a lifelong resident of Sophia and was of the Christian faith.

Dwayne was an avid fisherman and hunter. He also enjoyed riding his four-wheeler with his friends and family. He loved spending time with his niece and nephew, Haylee and Johnny.

Dwayne did not want any services and wanted to be cremated. The family will have a private memorial tribute for Dwayne at the farm in Newport, Virginia.

The family wants to thank all of the friends and family for the phone calls, texts and messages of condolences that we have received. Special thanks to his close friends; Terry Trotter, David and Scott Billings, Bink and Bud Boushley, Chuck Hall, Robert Hylton, Wayne Johnson, Kenny Lacy, Eddie Lowery, and many others!

In lieu of flowers, the family requests memorial contributions be made to the American Cancer Society.

Arrangements by Calfee Funeral Home
To order memorial trees or send flowers to the family in memory of Thomas Dwayne Martin, please visit our flower store.