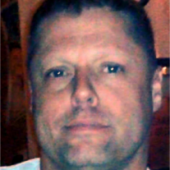 Terry (Rico) Edward Cox, 48, of Coal City, passed away Monday, January 18, 2016. Born January 24, 1967 in Wise, VA, he was the son of the late Troy and Dixie Bates Cox. In addition to his parents he was preceded in death by brothers, Troy Lee Cox, Kenney Cox and Allen Cox.
Rico was an equipment operator for Pavement Contracting Services. He had a passion for playing and watching basketball. He loved time spent with his kids and friends. Rico was a U.S. Army veteran.
Survivors include a daughter, Jessica Cox; son, Kenny Cox; sisters, Glenda Cox, Donna Canterbury, Carol Brown; brothers, Gary Cox, Larry Cox; step daughter, Tiffany Hubman and grandchildren Keeley McCoy and Kieran Cox.
Services will be 11:00 a.m. Friday, January 22, 2016 in the Calfee Funeral Home Chapel with Pastor Larry Cox officiating. Friends may visit with the family one hour prior to service on Friday.
On line condolences may be left at www.calfeefh.com.
Arrangements by Calfee Funeral Home, Beckley.
To order memorial trees or send flowers to the family in memory of Terry Edward Cox, please visit our flower store.