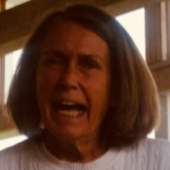 Sharron Avey Sigmund born December 16, 1951 died Sunday June 10, 2018 at Raleigh General Hospital. Sharron was first diagnosed with cancer in 2012. She fought a long, courageous battle but recently developed pneumonia and additional complications from which she could not recover. Sharron faced adversity with a fearlessly positive attitude and remarkable grace. Her strength and optimism were comforting to her family and friends until the very end.

Sharron was an educator specializing in teaching children with special needs for Raleigh County Schools for over 25 years. She was preceded in death by her beloved husband, William “Bill” Sigmund, Father William Avey, Mother Frances Aaron Avey and Sister Cora Penturff. She is survived by her sons Richard Sallaz and Bill Sigmund Jr., daughters Kristie Sallaz Skeates and Rebecca Sigmund, sister Diana Hester O’Neal, brother Bill Avey and many nieces, nephews, grandchildren and extended family members. Sharron is also survived by many dear friends including Joan Parsons and Gertrude ‘Sissy’ Hartley both of whom her family will forever be indebted to for the love and care they showed Sharron.

A memorial is planned for 12:00pm, Monday, July 2, 2018 at St. Stephen’s Episcopal Church in Beckley. The family will receive those who wish to attend from 10:00am until 12:00pm with a service to immediately follow. In lieu of flowers, the family asks for donations to be made to the Raleigh County Humane Society.