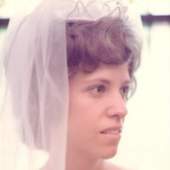 Sally A. Janutolo, 68, of Beckley, went to be with the Lord Wednesday, February 17, 2016 at the Duke Hospital in Raleigh, NC after a long illness. Born August 8, 1947 in McAlpin she was the daughter of the late William Vernon and Lottie M. Riddle. She was also preceded in death by her twin sister, Sandra Kay Riddle-Blevins.

Sally was a graduate of Mark Twain High School in 1965 and Charleston Nursing School in 1968. She was a registered nurse and an active member of the nursing profession for many years in both Charleston and Beckley. In recent years she and her husband enjoyed spending winters in Winter Haven, FL.

Funeral services will be 2:00 p.m. Monday, February 22, 2016 at Bible Baptist Church in MacArthur with Pastor Roger Henderson, II officiating. Interment will follow in Sunset Memorial Park. Friends may visit with the family from 12:00 p.m. until service time on Monday at the church.

Memorial contributions may be made to the Bible Ministry at Bible Baptist Church, 2071 Robert C. Byrd Drive, MacArthur, WV 25801 or The American Cancer Society.

Arrangements by Calfee Funeral Home, Beckley.
To order memorial trees or send flowers to the family in memory of Sally A. Janutolo, please visit our flower store.