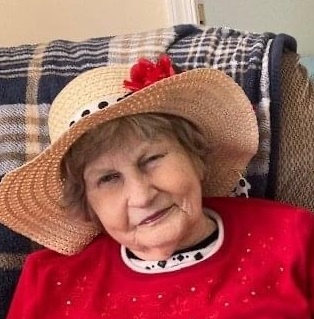 Ruth Mae Justice of Beckley died June 13 following a long illness. Born near Pikeville, Kentucky on December 8, 1932, Ruth was the oldest of three children. She married her childhood sweetheart Ron in 1953 and the couple moved to Welch, West Virginia. Ruth discovered she had a talent for art and became a highly skilled oil colorist at a photography studio. Her work was considered the best in the state and she won many awards throughout her career. Ron followed her into the photography business and the two eventually bought their own studio, owning and operating Ron J Studio for many decades and raising three children along the way.

Upon Ron’s untimely death in 1988, Ruth retired and moved to Beckley to be close to family. She spent the rest of her days as a doting mother and grandmother.

Ruth was preceded in death by her parents John and Hazel, her husband Ron, and her sister Elizabeth. Survivors include her brother Lloyd, her three children, Debbie, Barry, and Steve, seven grandchildren, and five great-grandchildren.

Remains will be interred at the Mathew Justice Cemetery in Pikeville following a private graveside service. Memorial gifts in her name may be made to Hospice of Southern West Virginia.

To order memorial trees or send flowers to the family in memory of Ruth Mae Justice, please visit our flower store.