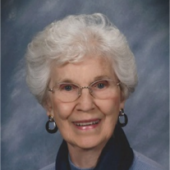 Ruth Ella Mooney Thomas formerly of Beckley, passed away on September 15, 2016, at Hubbard Hospice House in Charleston with her daughters by her side. Ruth was born on April 2, 1927 in McAlpin, Raleigh County West Virginia, to the late Zora Thompson Mooney and William Gillison (Gip) Mooney. She was the youngest of 7 siblings and often shared fond memories of her early childhood and the house on the hill with many steps.
Ruth attended Sophia Elementary where she experienced one of her most cherished memories, playing the part of “Jo” in the 8th grade production of “Little Women” with her close friends Phyllis, Louise and Margeurite. She graduated in the second graduating class of Sophia High School and later was active with the Reunion Committee.
Ruth was proud of her first career, working in the bookkeeping department of Montgomery Ward Department Store. In 1947, she married Curtis Hampton (Hamp) Thomas, and they settled in to their new house in Sophia, WV. She was thrilled to become the mother of “Buddy”, her beloved stepson. Later they welcomed daughters Jane Reed and Sarah Ann.
In the 1960’s Ruth was active in politics serving as a Raleigh County Committee Woman assisting with recruiting poll workers, identifying party supporters and working to get voters to the polls. It was a challenge she enjoyed.
As a mother, Ruth served as a Brownie and Girl Scout Leader as well as a 4-H Club Leader. She was active in the PTA, as a Homeroom Mother as well as the Great Books Program. She was an accomplished seamstress and enjoyed needlework, including crochet and cross-stitch, until Parkinson’s disease interfered with her ability to do so. She also enjoyed working in the flowers in her yard. She was an active member of First Baptist Church of Sophia where she sang in the choir. In the 1970’s after moving to Beckley, she became a member of Beckley First Baptist Church where she found a loving church home. She served in many roles there, including Sunday School teacher in the Middler Department for 20 years and Church Treasurer.
Ruth was known for her sense of style, for telling you exactly what she thought, and for never sitting in one spot for long.
She is predeceased by her husband, Hampton Thomas, her son Dr. Curtis Hampton Thomas Jr (of Oak Hill, WV) and her siblings, Zelma Kirk of Sophia, Carl Mooney of Beckley, Maxine Morris of Sophia, Martha Mowery of Cincinnati Ohio, Warren Mooney of Newport Kentucky, and Dan W. Mooney of Charleston.
Ruth is survived by her daughters, Jane Marks ( John) of Charleston, Sarah Prochaska ( Malcolm) of Charlotte North Carolina, daughter in law Rosalie Thomas of Oak Hill; grand-children, Curtis Hampton Thomas III (Amy) of Beckley, Gina Workman (Bob) of Fayetteville, Elizabeth Persson (Klas) of Charlotte NC, John Thomas Hunter of Charleston, WV, Mac, Margaret Hampton and Emily Ruth Prochaska of Charlotte, six great grand-children and numerous nieces and nephews.
Pallbearers will be grandsons, Curtis Hampton Thomas III, John Thomas Hunter, Mac Prochaska, Robert Workman and sons in- law, Malcolm Prochaska and John Marks.
The family would like to thank the loyal and loving caregivers who assisted Ruth in the last few years, Valerie Allen, Ashley Als, Lisa Casto, Kim Keyser, Roxanne Rardon, Andi Slater, Sydney Casto, Lynn Linville, and Kelley Carter.
The family will receive visitors from 11:00 a.m. to 1:00 p.m. on Monday September 19, with a funeral service immediately following, at First Baptist Church of Beckley, 422 Neville Street. Burial will be in Sunset Memorial Park. In lieu of flowers, the family suggests donations to First Baptist Church. The family would also like to acknowledge Hospicecare and Hubbard Hospice house for their wonderful care and concern. On line condolences may be left at www.calfeefh.com. Calfee Funeral Home in Beckley is handling arrangements.
To order memorial trees or send flowers to the family in memory of Ruth Ella Mooney Thomas, please visit our flower store.