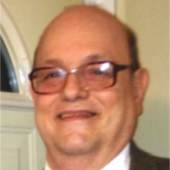 Rev. Roger Lee Akers, 67, of Coal City, went to be with His Lord and Savior Sunday, July 9, 2017.
Born February 2, 1950 in Whitby, WV, he was the son of the late William Grayson and Arvilla Angeline Keffer Akers.
Rev. Akers was an ordained Church of God pastor serving churches in Prince, Walkertown, Stone Branch, Pennsboro, Gatewood, Switzer, Brenton, Jonben and Roderfield. He reached beyond denominational barriers and ministered throughout the U.S. and abroad. One highlight has been to the Old Order Amish. He has been a father to fathers and a pastor to pastors. Even while sick, he continued to minister thru phone and media. His last weeks in the hospital; staff, friends and family came for him to pray over them.
He is survived by his wife of almost 49 years, Aldetta Fern Wallace Akers; daughter, Michelle Akers; sons, Roger Akers, II and James Akers (Natalie); grandchildren, Roger Akers, III, Rebecca Martin, Emily Akers, Wesley Akers, Nicholas Hager; brothers, Darrell Akers (Karen), Steve Akers, Dean Akers (Teresa), Rev. Tim Akers (Connie), Joe Akers (Mary), father-in-law and mother-in-law, Covey and Nellie Mullens; like sisters, Lorrita Brooks, Teresa Reynolds (Steve) as well as numerous other family.
Funeral service will be 1:00 p.m. Thursday, July 13, 2017 at Beckley Church of God where he was a member. Services will be officiated by Pastors F.D. Sexton, Wayne Wicker and Windell Ely. Burial will follow in the Thompson Cemetery at Coal City. Friends may visit with the family from 6-9 p.m. Wednesday at the church and from 11-1 on Thursday.
Arrangements by Calfee Funeral Home, Beckley.
To order memorial trees or send flowers to the family in memory of Roger Lee Rev. Akers, please visit our flower store.