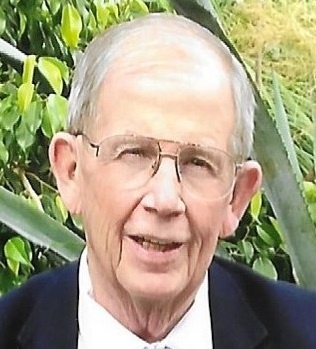 Roger A. Henderson, Sr., 81,of Eccles, WV, transitioned from his life on this earth to his eternal home on May 5. He was the son of the late Arlie and Rachael Henderson.  He is also preceded in death by his brother, Ralph Henderson.

As a young adult Roger was involved in local and state politics.  He served as an alternate for the WV delegation of Young Democrats of America at their National Convention in 1967.  He served as the Finance Cmte Chairman for Wood County Democrats in 1971-1972.  He had an unsuccessful Democratic primary bid for Raleigh County Clerk in 1974.

Most who know him, though, will remember Roger as an active member of his community.  Roger spent many years as a Lions Club member also serving in various leadership positions.   He helped to start the Trap Hill Alumni Foundation and Scholarship Fund.  Roger was instrumental in helping the Raleigh County Commission on Aging start a senior adult outreach program on Tuesdays in Glen Daniel.  It was open to any senior adult wishing to attend.

Roger had a love for Little League baseball. He spent decades volunteering at a local, state and international level.  He served as a league president, a District Administrator, a stint as State District Administrator, and finally. he represented 13 states as an at-large member of Little League’s international board of directors in the early 1990’s.  He and Ann and their children took many trips to Williamsport, PA to watch the Little League World Series.   His involvement with Little League brought him and Ann many life-long friendships, across the state.

Roger made many friends because of his career in sales.  He was known as the “Waterbed King” in the late 1980’s and early 1990’s, because he and Ann operated the largest waterbed specialty store in Southern WV during that time. Roger began helping schools and nonprofits raise money through candy bars and other food sales in the late 1990’s.  His customers lovingly referred to him as the “candy man”.

Roger accepted the Lord into his life in 1996.  He was a member of Coal Marsh Missionary Baptist Church in Glen Daniel, WV.

All of the above are some of the things he did in his life among us. But they are not his true measure.   Roger had a servant's heart. He had a heart for all people, really.  He was not afraid to befriend others who were seen as less than worthy because of their reputation or the color of their skin.  He may not have seen it that way.  He was just being who he was.

Visitation will be held on Sunday, May 8 from 4-7 pm at Calfee Funeral Home, 800 S Oakwood Ave, Beckley, with a service at Calfee on May 9 at 11am.  Burial will be at Sunset Memorial Gardens immediately following the service.

In lieu of flowers, memorial gifts may be given to Hospice of Southern WV, Inc., PO Box 1472, Beckley, WV 25802-1472, where Roger spent his final hours on this earth in the company of Ann and children.