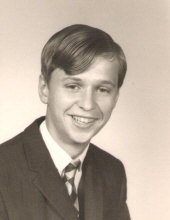 Roger Dale Prince, 68, of Crab Orchard, passed away Wednesday, October 20, 2021. Born August 1, 1953, in Crab Orchard he was the son of the late Paul Samuel Prince. Besides his father, Roger was preceded in death by his brother, Danny Prince and sisters-in-law, Judy Prince and Jo Anne Prince.

Roger was a Highway Technician for the State of West Virginia. He was a big fan of racing and enjoyed fishing and refurnishing bicycles in his spare time.

Funeral service will be 2:00 p.m., Saturday, October 23, 2021 at Calfee Funeral Home with Pastor Skee Barley officiating. Burial will follow in Blue Ridge Memorial Gardens. Friends may visit with the family 2 hours prior to the service Saturday.

Arrangements by Calfee Funeral Home.
To order memorial trees or send flowers to the family in memory of Roger Dale Prince, please visit our flower store.