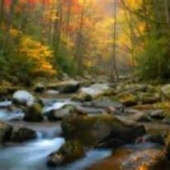 Rodney Shannon Brendle, 41, of Fairdale, entered into the gates of Heaven on Sunday, October 25, 2015. Born June 16, 1974 in Raton, NM, he was the son of Earl and Cheryl Haney Brendle of Fairdale.
Rodney graduated from Liberty High School in 1993 where he served as student body president. He was an avid collector of everything but his passion was for old toys. The most important part in Rodney’s life was his family.
In addition to his parents he is survived by a sister, Wendy Nelms (Tresa); brother, Rex Nelms (Mary), several nieces and nephews; fur baby, Booger Bear; numerous cousins, aunts and uncles and a large host of friends.
The family would like to thank the staff at Raleigh General Hospital and Jan Care Ambulance, Dr. Golden and his home health care nurses.
Funeral services will be 2:00 p.m. Thursday, October 29, 2015 in the Calfee Funeral Home Chapel with Pastor Dewey Lowe officiating. Friends may visit with the family from 12:00 p.m. until service time on Thursday.
Family and friends will serve as pallbearers.
On line condolences may be left at www.calfeefh.com.
Arrangements by Calfee Funeral Home, Beckley.
To order memorial trees or send flowers to the family in memory of Rodney Shannon Brendle, please visit our flower store.