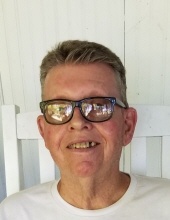 Miller Murrell was born and raised in Hinton West Virginia. He graduated from Hargrave Military Academy in Chatham, Virginia in 1961, where he was the captain of the rifle team. He was a member of the West Virginia Army Nation Guard. He was the co-owner of L & M Amusement Company. He was member of the Miller Memorial Methodist Church, member of Dawn Sportmens Club, lifetime member of the NRA and an avid Nascar fan. Miller enjoyed spending his time at Barger Springs, WV located on the Greenbrier River.
Proceeded in death by his parents Robert M Murrell and Barbara Miller Murrell, aunts Faye Miller, Jo Hamilton, Mildred Murrell and step great grandson Carson Michael Gore.
Miller was survived by his wife of 52 years Brenda Ward Murrell of Hinton, WV. Daughters Sonya Faye Murrell and husband Michael Gore of Hinton, WV, Joleen Murrell Linville and husband Shannon Linville of Beaver, WV.
Grandchildren included Jaden Grace Linville and Mason Christopher Linville.
Step Grandchildren include Michael Gore (Melanie Gore) and Thomas Gore ( Wendy Bolling)
Step Great Grandchildren includes Addyson Shae Gore, Grayson Michael Gore and Connar Thomas Gore.
In lieu of flowers the family requests that you make donations to his grandson Mason Linville- Team Mason who is fighting Medulloblastoma/brain cancer to help with his medical bills.
At Miller’s request he was cremated and there will be no service at this time.
An Irish Celebration of Life will be held at Barger Springs, WV at a later date.
To order memorial trees or send flowers to the family in memory of Robert Miller Murrell, please visit our flower store.