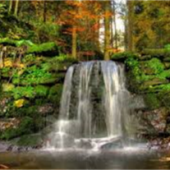 Bo was preceded in death by his father and an infant brother.

Bo grew up in Elyria, Ohio and graduated from Elyria Catholic High in 1972. Upon graduation he became a West Virginia Mountaineer. A member of WVU’s 1975 Peach Bowl Championship team, he played football from 1972 – 1975 and graduated from West Virginia University in 1976. Bo made his home in Beckley and his career with Leslie Equipment Company where he retired in 2016 as Manager and Vice President.

A celebration of Bo’s life will be 1:00 pm, Friday, September 29th at The United Methodist Temple in Beckley with Pastor Steve Hamrick officiating. Burial will follow at Blue Ridge Memorial Gardens. The family will receive visitors Friday from 11:00 am until the time of service. Pallbearers will be Adam Kaminski, Jim Kaminski, Dale Kaminski, Tom Kaminski, Gary Kaminski, Justin Lilly, Robbie Richmond and Tim Consadine.

The family suggests that, in lieu of flowers, memorial contributions be made to Bowers Hospice House, 454 Cranberry Dr., Beckley WV 25801