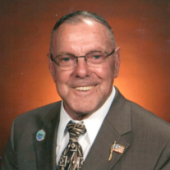 Robert Earl Lilly, 89, of Beckley/Crab Orchard peacefully passed into the presence of the Lord September 14, 2018.
He is preceded in death by his father, Robert Vandalia and his mother, Amma Fay Lilly; his siblings, Una Hedrick, Gaye Decker, Odley Lilly, Arlene Hunt, Jean West, Mary Broughman, Janice Lindsay, Elbert Lilly and Dixie Miller and his son, Ralph Erwin Lilly. Robert was the last surviving member of his immediate family.
Robert is survived by his wife, Elva Jean Lilly of Beckley/Crab Orchard; his sons, Kevin Lilly and wife Debbie of Warrenville, SC and Ken Lilly and wife Sheila; granddaughter, Hannah of Beckley and numerous nephews and nieces. Affectionately known as “Uncle Bob” Robert has also left behind a treasury of friends that are too numerous to mention.
He was born in Jumping Branch, WV and graduated from Hinton High School. Robert worked as a mechanic in the coal industry for various companies such as Wilcox Mining; Vecellio & Grogan and Eastern Coal at Affinity.
Robert trusted the Lord Jesus as his personal Savior as a young man. He faithfully served his Lord as a church member and leader in several churches throughout his life. Robert’s most recent membership was with Beckley Regular Baptist Church of Beckley.
His greatest pleasure came from reading his Bible each morning while he drank his coffee, reminding himself of the Lord’s precious promise that he was always to share with others.
A service honoring Robert’s life will be held at Calfee Funeral Home in Beckley with Pastors Steve Beverly, Dan Carfrey and Ken Lilly officiating. The service will begin at 3:00 p.m. on Wednesday, September 19, 2018. Friends may call on the family one hour prior to the service.
In lieu of flowers the family encourages memorial donations in memory of Robert to The Gideon’s International Processing Center, P.O. Box 97251, Washington, DC 20090-7251.