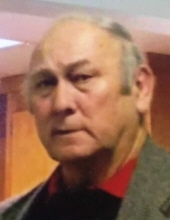 Robert Allen Puckett of Coal City Wv went to his heavenly home on December 18 2019 at the age of 73.
He passed at St. Mary’s Medical Ctr in Huntington WV following complications of open-heart surgery. He was surrounded by family and friends during this time.
His devotion to his family and firm belief in God comforted him during his passing
Robert was born to the late Thomas and Betty Puckett of Coal city WV on March 16 1946.
Robert went to Mark Twain High School, he didn’t graduate, but he continued his education. He had many certificates and accomplishments after school. He went into the U.S army at the age of 14, for a short time before receiving an honorable discharge.
Shortly after, he committed to a life-long career at M.S.H.A in Pineville WV, working as a federal mining inspector. He took pride in his work and was dedicated to the mining industry, and his work family for almost 42 years, before retiring in 2018.
Robert was a fine man, one of his greatest accomplishments was his marriage of 54 years. He was proud of that and would tell anyone that would listen about his love story.
Robert was many things, he was a brother, a husband, a father, a grandfather, and a great grandfather.
He was a member of Grace and Truth Ministries, in Coal City, WV.
Robert was immersed into the Christian community at an early age, He was a godly man. He loved his church family
He also served the community and would help anyone in need.
Robert had a servants heart.
Robert was preceded in death, by his parents Thomas and Betty Puckett of Coal City; a son Paul Puckett and a brother Chester "Jake" Puckett. of Mt. Airy, NC.
Survivors, include his wife Mary Puckett and his daughter Dewanna Jimenez both of Coal City, WV; brothers, Thomas Puckett and wife Shelia of Sophia WV, John and wife Sandy Puckett of Beckley, Fred "Boosie" Puckett of Coal City and a sister, Judy and husband Stanley Chafin of Coal City, WV; 7 grandkids, 7 great grand kids and 4 step grandkids.
Services will be 1:00 p.m. Monday, December 23 2019 at Calfee Funeral Home in Beckley, WV with Pastor Bill Spencer officiating. Visitation will begin at 11 a.m.
Burial will follow in Blue Ridge Memorial Gardens.
To order memorial trees or send flowers to the family in memory of Robert Allen Puckett, please visit our flower store.