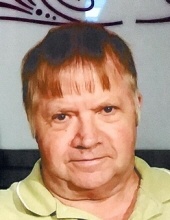 Ricky Clark, age 70, of Glen View, WV went to be home with the Lord on Wednesday, October 20, 2021, after losing a battle with a short illness.
Ricky, the son of Lloyd and Hazel Clark of Eccles, WV, was born August 4, 1951, at Eccles. He was a 1971 graduate of Trap Hill High School and was a member of the United State Air Force from 1971 to 1975. Ricky was also a member of the Army National Guard West Virginia. He retired from Mountain Eagle Distributing, Inc. in 2017 after being employed there for 38 years. His family would like to thank them for their continued support during Ricky’s recent illness. The family is also grateful to the Raleigh County Commission on Aging for their support as well.
Ricky’s surviving family include his wife of 49 years, Rebecca Ann Perkins Clark; son, Eric Clark of Glen View; daughters, Lisa Lilly (Trey) of Beaver, West Virginia, Michelle Hall (Will) of Corinne, West Virginia; 4 grandchildren, Adam Lilly, Jacob Lilly, Seth Hall, and Brooke Hall. He is also survived by his siblings, in-laws, and many friends who loved him.
A private memorial service will be held at the Veteran Hospital Chapel. After cremation, burial will be at the Canaday Cemetery at Glen View, West Virginia.
To order memorial trees or send flowers to the family in memory of Ricky Clark, please visit our flower store.