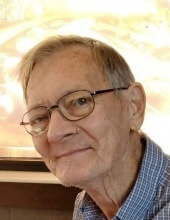 Richard R. Lambert Jr., 76, of Pemberton, WV, passed away on Thursday July 29, 2021. Born April 29, 1945, he was the son of the late Richard and Dixie Wiles Lambert. In addition to his parents, he was preceded in death by his wife of 43 years, Rose Shaver Lambert, his brothers Thomas LJ Lambert, Rev. Arnold Lambert, Rev. Ross Lambert, and Carlos Lambert, and one sister Ada Lambert Daniels. He was preceded in death by his fur babies “Baby" and “Gizmo", and his grand fur baby “Sissy Marie".
Those left to cherish his memory include one sister Margaret Camara of Chicago, Ill, his daughters Lillian Lambert Taylor of Roanoke, VA, Tammy Bailey and husband James of Beckley, WV, his son Richard R. Lambert III and fiancée Angela of Mabscott, WV. One granddaughter Lacey Duncan, Two Grandsons, Brandon Taylor and fiancée Jennifer of Roanoke, VA, and Gunnar Lambert of Mabscott, WV and one great-granddaughter, Roxanna Bleu Taylor of Roanoke, VA. and several nieces and nephews and friends and special friend, Randy Pettry.
Richard was employed with Price Brothers and Sons for several years and enjoyed landscaping and doing small engine repair work.
Pastor Jimmy Ford will officiate a graveside service. Due to Covid 19, the graveside service will be private and immediate family only.
In lieu of flowers friends and family can make donations to his GoFundMe site https://gofund.me/a3a55b9b Calfee Funeral Home is in charge of the arrangements.
To order memorial trees or send flowers to the family in memory of Richard R. Lambert, Jr., please visit our flower store.