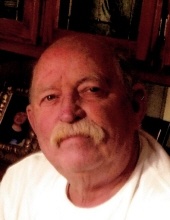 Richard Allen Daniels, 74 of Mabscott entered the arms of Jesus on November 9, 2020 after a short illness. He was a member of Maynor Freewill Baptist Church where he served as a deacon for many years. Richard’s voice was a gift from God which he used to bless many over the years. He travelled all over southern WV and other states blessing many with his voice as he sang of his Savior. Richard was a coal miner by trade and worked at Itmann Mining as well as Beckley Coal. He also worked for Graham Ranch and UPS and owned his own cleaning business.
He is preceded in death by his mother, Bonnie Troupe, brother, Jimmy Troupe, mother-in-law, Louise Ward and father-in-law, Paul Ward.
Left to honor his memory are his wife of 56 years, Drema Daniels, daughters, Paula Carroll of Beckley and Lori Lilly (James) of Roanoke, Va., grandchildren and the his greatest pride Brittany Bradford (Daniel), Scott Barber, Daniel Carroll, Maddie Lilly, a brother-in-law and 2 sisters-in-law along with several cousins and extended family.
Richard’s family was the light of his light. He told them every chance he got that family is the most important thing in life. He loved working outdoors and took pride in his flowers and the pond he built by hand.
A celebration of his life will be held Thursday, November 12th at Calfee Funeral Home at 1:00 with Pastor Larry Brown officiating and Karen Buckland singing. Family will receive visitors beginning at 11:00.
To order memorial trees or send flowers to the family in memory of Richard Allen Daniels, please visit our flower store.