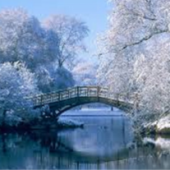 Reba Louise Blevins, beloved mother of four and longtime Beckley resident, passed away Tuesday, January 8, 2019, at the age of 81. She was born in Matoaka, West Virginia, on December 2, 1937, and attended Sophia High School and Beckley College. She was known for her caring, generous heart and cheerful demeanor, and she was a Christian whose faith increased with age. She was a Delegate to the 1980 Democratic National Convention and was Sweetheart of Beta Sigma Phi.

Funeral services will be held on Monday, January 14, 2019 at 1:00 pm at Calfee Funeral Home, 800 S. Oakwood Ave., Beckley, WV, with Rev. Gregory Blevins officiating. Burial will follow at Sunset Memorial Park in Beckley. The family will greet friends from 11:00 am until the time of service.

Arrangements by Calfee Funeral Home.
To order memorial trees or send flowers to the family in memory of Reba Louise Blevins, please visit our flower store.