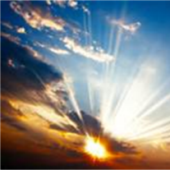 Ray Alvin Cantrell, 87, of Bradley, passed away Friday, December 11, 2015 at Bowers Hospice House.
Born May 15, 1928 in Salina, KS, he was the son of the late William and Estella Dean Cantrell. Ray was a former rate material analyst for Boise Cascade and previously worked for the Union Pacific Railroad. He was a U.S. Army veteran.
He is survived by his wife, Linda Fay Seal Cantrell; son, Dennis Cantrell of Everett, WA; daughters, Patricia Andrews of Emmett, ID and Diane Cantrell of Bellwood, PA
Following Ray’s wishes he was cremated. There will be no service.