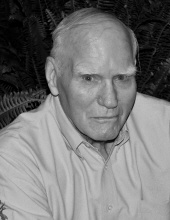 Allan’s life story began from a humble upbringing in the Depression era of West Virginia’s coal country. Allan served in both the Army and the Air Force. Following his service, he developed specialized instrumentation and materials for microengineering skills. His work included the Apollo spacecraft and the lunar landing module space shuttle tiles. Allan was also involved in developing the early Bluetooth technology in the 90’s, which was a spinoff of his pioneer work on cochlear implants for hearing aids. He was also known worldwide for his visionary development of the high-temperature strain gage which was designed and manufactured in his Crab Orchard microengineering lab. There are many examples where mechanical engineering powerhouses such as NASA, General Electric, Pratt & Whitney Jet Engine Division, Rolls-Royce Jet Engine Division, General Motor’s Allison Jet Engine Division, Corning Glass, and many others have come to P. Allan Hill for his expert solutions to microengineering problems. Allan wrote a book: Life Was a Strain (Gage) available on Amazon which reviews his accomplishments.

He is survived by, and his memories will be cherished by his loving wife, Lila L. Hill, and his daughters: Jane and Dawn. Lila Jane Hill (married to Bob Morhard), and three children: Lauren (married to Brian Lenehan and their daughter Fiona); Ryan (married to Young Cynn and their sons Allan and Ellis); and Robert (partner to Faye Kim). Dawn Hill Bass (married to Mike Sturgill), and two children: Erin Petty (married to Guilherme Petty) and Anne Bass. Also, by his brother, David Hill (married to Joan), and their children as well as his many nieces and nephews.

Allan will be remembered for his engineering accomplishments, storytelling abilities, and his devotion to his church, family, and work.

Visitation will be at Calfee Funeral Home Saturday, August 7, 2021, 12:00 – 2:00 pm, with services immediately following. In lieu of flowers, donations may be made to the Crab Orchard Baptist Church, P.O. Box 446, Crab Orchard, WV 25827
To order memorial trees or send flowers to the family in memory of Posie Allan Hill, please visit our flower store.