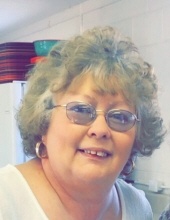 Penny Gail Williams, 59 of Beckley passed away on March 29. She was born on February 2, 1963 in Staunton, Virginia. She was the daughter of the late George and Connie Meade.

Penny was a long-time employee of King Tut Drive In, and also worked at Bank of Mt. Hope and Wal Mart.

She was a loving mother and grandmother and will be dearly missed by her family and many friends.

Visitation will be Saturday April 2 from 5pm to 7pm at Calfee Funeral Home in Beckley. As per her wishes she will be cremated.

To order memorial trees or send flowers to the family in memory of Penny Gail Williams, please visit our flower store.