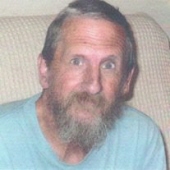 Paul Michael Somerville, 64, of Alderson, passed away Friday, August 15, 2014, at the Lucy Bowers Hospice House after a short heroic fight against cancer. He was preceded in death by his parents, Paul Merrick and Florence Lane Somerville.
Mr. Somerville was born November 15, 1949, in Washington, D.C. He attended parochial and public schools in Mclean, VA. He graduated from the Columbia School of Drafting in 1969. He married Patricia Melvin in 1975 and moved to Alderson, WV. That marriage ended in divorce.
He was employed by Asea Brown Boveri (A.B.B.) in Lewisburg in the engineering department for 39 years and was to retire this November.
Designing and building his own mountain home was one of his proudest accomplishments. He also loved riding his Harley and participating in the “Ride to the Wall” in D.C. to draw attention to the plight of POW’s and MIA’s.
He is survived by his long-time companion, Lawra Conklin of Lewisburg and his step-mother, Ginny Snuffer Somerville of Glade Springs, Daniels, WV
Funeral services will be 1:30 p.m. Tuesday, August 19, 2014 in the Calfee Funeral Home Chapel with Pastor James Combs officiating. Burial will follow in Sunset Memorial Park. Friends may visit with the family one hour prior to services on Tuesday.
Pallbearers will be Bill Zinc, Chris Wade, Brian Smith and Tom Harper.
Arrangements by Calfee Funeral Home, Beckley.
To order memorial trees or send flowers to the family in memory of Paul Michael Somerville, please visit our flower store.