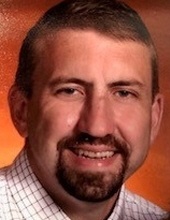 Patrick William Vanover, 48, of Beckley, Wv, passed away on Thursday, October 21, 2021 from a short illness.
Born in Bluefield, WV, he was the son of the late James Vanover and Rose Ann Vanover of Beckley.
He was a 1992 graduate of Woodrow Wilson High School and a veteran of the United States Marine Corp. Patrick worked in sales and the landscaping industry. He loved watching the WVU Mountaineers play football and watching Nascar races.
Patrick is survived by his mother, Rose Ann Vanover; brother, Jeff Vanover; sister, Lori Ball, her husband Rick and daughter Lesleigh; his son Noah Vanover and daughter, Sarah Vanover.
I keeping with his wishes, Patrick will be cremated. No services are planned.
To order memorial trees or send flowers to the family in memory of Patrick William Vanover, please visit our flower store.