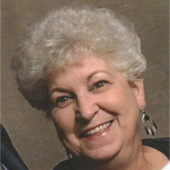 Parthenia “Parr” Holliday Glover born on April 15, 1924 in Edmond, WV died at age 93 on April 2, 2018 at Bowers Hospice House in Beckley. She was the daughter of Daniel Frederick Holliday and Nettie Mae Ashley Holliday, and the granddaughter of Rebecca and Fred Holliday and John and Rosetta Ashley.
In addition to her parents and grandparents, she is preceded in death by her beloved husband of 56 years, Clarence (Tom) Glover, Jr. and also her two brothers Duval Holliday and John Holliday and four sisters, Mildred Roles, Mary Larrick, Edith Stover, and Evelyn Lynch along with their loving spouses.
She is survived by her two daughters, Susan Winner Sullivan of Beckley, and Sally Reed Leeber and her husband Bob of Talcott. Her four grandchildren Andrew Sullivan and Jenn Neff of Fayetteville, Cliff Sullivan and his wife Becky of Oak Hill, Ashley Williams and her husband David Williams of Beckley, and Adam Sotak and his wife Tara of Durham, NC. Seven great-grandchildren, Brandon Pearce of Angier, NC, Cole Williams of Morgantown, Emily Williams of Morgantown, Anders, Harriet, and Bennett Sotak of Durham, NC, and Jack Sullivan of Oak Hill. Also, two great-great grandchildren Brayden and Brently Pearce.
She was a graduate of Woodrow Wilson High School and worked for many years at Appalachian Power Co. In 1970 her husband accepted a position in Bluefield, WV and she worked at Pemco Corp. for ten years. She was a licensed real estate agent in the Bluefield area until she retired. She and her husband Tom moved back to Beckley in 1997 where she lived until her passing.

Funeral services will be held at 1:30 p.m. on Friday, April 6, 2018 in the Calfee Funeral Home Chapel with Pastor Scott Lester officiating. Friends may visit with the family one hour prior to service. Burial will follow in Blue Ridge Memorial Gardens.