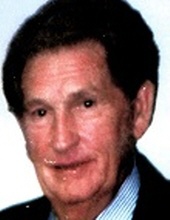 Oakley T. Blevins, 89, of Beckley passed away Wednesday, August 19, 2020 at Pine Lodge Nursing Home in Beckley. He was born July 1, 1931, the son of the late Byram and Lela Day Blevins of Glen Fork.
Oakley was a resident of Beckley and previously lived in Mullens. He married the late Mary Helen Belcher on Christmas Day, 1951, when he was on leave from the Army. He served and was wounded in the Korean Conflict. They had no children.
He is survived by a sister, Edith Bartell of Pennsylvania, and a brother, David Blevins of Florida as well as several nieces, nephews, and other family members. His brothers Everett, Lester, Cecil, and sister, Elsie Hurley preceded him in death.
Oakley was a coal miner in Kopperston for many years., and a dog groomer in Mullens.
Following Oakley’s wishes there will be no service or visitation.

Arrangements by Calfee Funeral Home.
To order memorial trees or send flowers to the family in memory of Oakley Tracy Blevins, please visit our flower store.