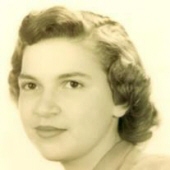 Norma Saul of Beckley passed away October 23, 2015 in her sleep at home with her loving family by her side.
She was born in Verdonville, WV to Joe A. Ellis and Sarah Elizabeth Ellis.
In addition to her parents she was preceded in death by her daughter Sarah Anne Saul Dye and her son in law Mike Dye; sister Geneva Schneider and husband Dan C Schneider.
She is survived by her husband of 61 years Charles O Saul and sons George Saul of Columbia, SC and Charlie Saul of Beckley; 4 grandchildren Andrew Dye, Katy Dye Cutshaw, Edward Jeff Saul and Michael Saul; and 5 great grandchildren; and Niece Linda Honeycutt and Diana Slusser
Norma grew up in Charleston WV and graduated from Charleston High.
She is a past worthy advisor of the Rainbow Girls .
Norma graduated from Concord and was a member of Alpha Sigma social sorority and Pi Omega honorary fraternity.
With her teaching certificate in hand she began teaching at Welch High school, Sissonville High, Sophia High, Stoco High , Woodrow Wilson and ended up at Park Jr High teaching Typing for more than 20 years. She retired and took one year off but went back and substituted until she was 79. Her inspiration to be a teacher came from her step father Mr. Shrewsberry while living in Glen Jean during the depression.
She also worked with her husband at his dental office as an accountant and dental assistant.
One of her favorite past times was to compose poetry and had several poems published .
Per her request she was cremated and asked for no public service.
In lieu of flowers she asked for donations to be made to the animal rescue-shelter of your choice in honor of her faithful dogs Junior and Buddy.
To order memorial trees or send flowers to the family in memory of Norma Jean Saul, please visit our flower store.