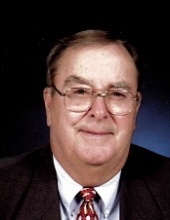 Ned H. “Buzzy” Ragland Jr.
1941-2019
Ned H. “Buzzy” Ragland Jr., 78 of Daniels, WV died Wednesday December 12, 2019 following a long illness. He was a 1959 graduate of Woodrow Wilson High School and later attended West Virginia University where he received his Business Administration Degree in 1963. He then received his Law Degree from WVU in 1966. He was a member of the Beckley Presbyterian Church for more than 50 years where he also served as a Deacon.
Buzzy was an avid tennis and basketball player while growing up in Beckley. He was the 1956 State Champion in the Junior Division in singles and doubles. He also won the Middle Atlantic Tennis Tournament and qualified for the national tournament. That same year he was runner-up in the WV Senior Division. Buzzy went on to play as the number one player for WVU for 3 years (1961 – 1963) and lettered all 3 years. He was the captain of the 1963 team. He received a varsity letter in basketball from WWHS in 1957 -1959. He was the captain of the 1959 team and was part of the All-State team. Buzzy also played on the 1960 undefeated team at WVU.
While attending college at WVU, he was a member of Sigma Nu social fraternity. He was also a member of Fi Bater Kappar, Men’s Mock Honorary and Mountain, Men’s Honorary and ROTC. After graduating Law School in 1966, he went on to serve with the U.S. Army from 1966 – 1968 reaching the rank of Captain. Buzzy served as an advisor to the Vietnamese Army from 1967-1968 and went on to receive the Bronze Star and Vietnamese Service Medal. He was honorably discharged in 1968.
During his professional life, he practiced law from 1966- 1983 with his father in the Ragland and Ragland Law Firm. He was a member of the Raleigh County Bar Association from 1966-2000 also serving as the president. Buzzy was appointed as the first part-time Magistrate for the Southern District of WV. He was a former member of the Board of Directors and one term president of Black Knight Country Club. He was a member of the Raleigh County Board of Education for 13 years, the last 5 years as president. He was former member of the Board of Directors for the Salvation Army. He was a former member of the Board of Directors of Beckley Federal Savings and Loan where he also served as Vice-President. Buzzy was a former co-owner with Millard “Doc” Wright of The Right Door Company. He was also a member of the Board of Directors of Hunting Ridge Inc.
Buzzy was an avid hunter and fisherman and enjoyed many years with friends, his 2 sons and grandson at the Hardy County Hilton. When Buzzy retired from practicing law in 2000 he spent his time playing many rounds golf with friends and his loving wife.
Buzzy was born February 14, 1941 and was the son of the late Ned H. and Pauline Murray Ragland. He is survived by his loving wife of 53 years, Judith S. Kesler Ragland; sons, E. Hutter Ragland of Daniels, Charles T. Ragland and wife Kimberly of Beckley; grandchildren Logan and Chase Ragland of Beckley; sister Frances Holsinger; brother Paul M. Ragland and his wife Mary; loving brothers and sisters in law and 13 nieces and nephews.
Visitation will be held Saturday December 14, 2019 from 5:00 p.m. to 8:00 p.m. at Calfee Funeral Home in Beckley. Funeral services will be held on Sunday December 15, 2019 at 2:00 p.m. at the Beckley Presbyterian Church.
In lieu of flowers donations may be made to the Beckley Presbyterian Church Capitol Improvement Fund.
Arrangements by Calfee Funeral Home.
To order memorial trees or send flowers to the family in memory of Ned H. "Buzzy" Ragland, Jr., please visit our flower store.