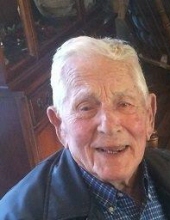 Mike Pachuta, son of the late Joseph and Anna Martin Pachuta, died Friday,
August 7, 2020 at a local nursing home. He was born April 17, 1923 in
Beckley. Mike was in the CCC's in Idaho then served in World War II with the
US Army Infantry in the ETO. He was awarded three Bronze Stars and a Purple
Heart. After the war he was in the 82nd Airborne Division in Fairbanks, AK,
testing winter Army equipment. Mike worked as a lineman for C&P Telephone
Company for 33 years. He was an avid fisherman and trapper and raised mink
and bobcats. Preceded in death by brothers, John, Steve, Joe, Paul and
Frank; sisters, Helen, Anna Marie "Pinkie" Farthing and Mary Kesler. Mike is
survived by his son, Philip M. Pachuta and sister Margaret Walters of
Michigan along with many nieces, nephews, and friends.

Service will be 11 am Tuesday, August 11, 2020 in the Calfee Funeral Home
Chapel with Reverend Mr.Harry Evans officiating. Burial will follow in
Sunset Memorial Park. Friends may visit with the family one hour prior to
service.

Arrangements by Calfee Funeral Home.
To order memorial trees or send flowers to the family in memory of Mike Pachuta, please visit our flower store.