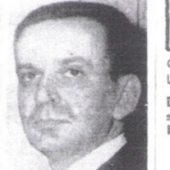 Michael Joseph Lepto, 81, of Beckley, passed away July 6, 2017 at home surrounded by his family. Born November 28, 1935 in Prince Hill, WV he was the son of the late John Edward and Helen Slovjak Lepto. Besides his parents he is preceded in death by his stepfather, Ernest Bruns.

Mike graduated from Mt. Hope High School and served two years in the Army. He was the manager at A&P Supermarket for many years before becoming co-owner of H&L Supermarket in Beckley and later Department head at Wal-Mart. Mike was a member of the St. Francis de Sales Catholic Church, Knights of Columbus and Beckley VFW.

A funeral liturgy will be 11:00 a.m. Monday, July 10, 2017 at Calfee Funeral Home with Rev. Mr. John Ziolkowski officiating. Friends may visit with the family two hours prior to the service at the funeral home. A committal service will be held at 8:00 a.m. on Tuesday, July 11 at Blue Ridge Memorial Gardens.