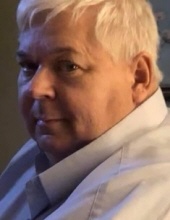 Dr. Mark D. Miller
1962-2022
Mark D. Miller, 59, of Shady Spring passed away peacefully early Saturday morning, January 15, 2022. Born April 28, 1962, in Statesville, NC, he was the son of the late J.D. and Novella Miller.
Mark attended Duke University on a football scholarship. He received his master’s degree and Ph.D. from Virginia Tech, where he met his wife.
He taught and held various administrative positions at Mountain State University, Concord University, University of Charleston, and most recently, WVU Tech.
Mark was preceded in death by his father-in-law, Grayson Meadows and his brother-in-law, J.D. Meadows.
Those left to cherish his memory are his wife and best friend, Dedra Meadows Miller, his children Delaney Rose Miller and Presley Camryn Miller, his sister Donna Miller Campbell (Rick), his mother-in-law, Dedee Meadows, and several nieces and nephews.
In accordance with Mark’s wishes, there will be no services and he will be cremated.
Mark was a huge animal lover and supporter of pet rescue. In lieu of flowers, the family asks that any donations be made to the Humane Society of Raleigh County.
Arrangements by Calfee Funeral Home.
To order memorial trees or send flowers to the family in memory of Mark D. Miller, please visit our flower store.