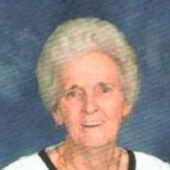 Marion F. Smith entered her Heavenly home May 20, 2017. Marion was born in Stanaford, WV July 11, 1936. She was daughter to the late William Fisher Smith and Catherine Cooper Smith. Survivors include a brother Robert Smith (late Reva), sisters Margaret Carter (late Franklin) and Janet Smith and brother in law Fred “Budgie” Smith. She was met in Heaven by brothers Dougal, William (Eva), Alec (Virginia), Thomas, John, and Sisters Catherine (Robert), Janet, Mary, and Beatrice (Robert “Butch”).
She is survived by loving nieces, Margaret “Peggy” Blackburn, Mary Catherine Adkins, Kathryn Hawley, Catherine “2T” Scott, Karen St. Clair, Heather Scott-Greer, Lori Scott, Katie Thrappas. Loving nephews include William “Butch” Smith, Thomas Smith, Dougal Smith, and Robert Scott III.
Marion will be especially missed by what she affectionately referred to as her grandkids, Hadley Clark, Liana and Alex Thrappas, Cooper, Aiden and Addison Bell. They were the lights of her life, and she theirs.
She was an active member of Stanaford Missionary Baptist church which she attended for almost 70 years. She loved her church family. She worked at Beckley manufacturing for 22 years and then opened her own business as an upholsterer, Smith’s Custom Upholstery. She enjoyed making flower arrangements and Scottish shortbread.
Funeral services will be conducted at 12pm, Tuesday May 23 at the Stanaford Missionary Baptist Church with Pastor George Wood officiating. Burial will follow at Sunset Memorial Park. Friends may call at Calfee Funeral Home in Beckley from 6-9 pm on Monday May 22 and one hour prior to the service on Tuesday. Nephews will serve as pall bearers.