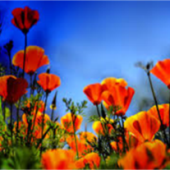 Mariel Wooddell West Smith, age 95, formerly of Beckley, died July 18. She was born in Mt. Hope, West Virginia, the daughter of the late Grover C and Bess Wooddell, who moved to Beckley in 1928. Mariel retired after 25 years as a school teacher with the Raleigh County School System. She was a graduate of Marshall University and West Virginia University.

Besides her parents she was preceded in death by her husband, John O. 'Buster' Smith, three brothers, Randall, Wilfred, and Harold Wooddell, and sisters Alpha Susan Wooddell David and Marcelle Wooddell Denton.

Survivors include her son and daughter-in-law John F. West and Tamara Huffman West of Lewisburg, step-daughter Joann Smith Cullom and family of Marietta, Georgia, and numerous nieces and nephews.

The family would like to extend appreciation to the staff of the Villages of Greystone for their kindness, compassionate care and support, and love.

A memorial service will be held at Calfee Funeral Home on South Oakwood Avenue at 2PM on Wednesday, July 25 with Rev. Don Snyder officiating. The family will receive guests from 1:30 p.m. until service time. In lieu of flowers, memorials may be made to the Colonial Presbyterian Church, 3550 Poplar Drive, Roanoke, Virginia 24018, or to Hospice of Southern West Virginia, P.O. Box 1472, Beckley, WV 25802.