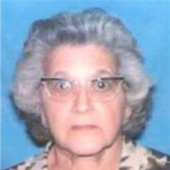 Though she lived in Ohio with her sister-in-law and nieces and nephews for the last ten years her heart remained in West Virginia. Louise Corey, 91, came home to take her last breaths of West Virginia air at Bowers Hospice House with her nieces and nephew and special friend at her side on September 1, 2016.
Born December 18, 1924 to Albert and Mildred Corey, she lived in Beckley for 81 years in the same house she was born in. She never stopped missing sitting on her front porch, enjoying the breeze rustling through her maple trees.
She graduated from Woodrow Wilson High School and attended Beckley Junior College before hiring on as a teller at Raleigh County National Bank. She worked her way up the ranks to the position of Vice President at a time when women, and especially women in smaller cities, weren’t given those titles. She retired at 65 after 44 years at the bank, now called United Bank.
She loved QVC, golf and football, the Hallmark Channel, mystery novels and chocolate. All those she loved, family and friends, could expect gifts sent in the mail from QVC – anything from china to toys, purses, jewelry or sneakers, a favorite of her eldest niece, Deborah who always received compliments on her shoes. She was proud to say they were from her 91 year old aunt and “didn’t” she have good taste.
Aunt Louise never missed a birthday or holiday and always sent cards to let us know she was thinking of us.
Her youngest great nephew Daniel, 3 1/2, always knew he could count on “Auntie” as he fondly called her, to share some Hershey chocolates with him. He loved to sneak a piece of her gum, knowing “Auntie” wouldn’t mind.
Though she protested the attention of the family cat, everyone knew she loved that he would sit only on her lap.
She loved to watch football and followed WVU through wins and losses. She knew everything about golf and remained an avid fan of Tiger Woods. Louise was a member of St. Stephen’s Episcopal Church and always supported St. Jude Children’s Hospital and Boys Town.
She was preceded in death by her parents, brother, Tufe Corey and his wife Evelyn, and many friends. She often wondered why she had outlived almost everyone she knew – friends from the bank, neighbors, people she grew up with.
She is survived by four nieces and a nephew: Deborah (Russell Carmony), Mildred, Mary (Mike Goodman), Ann (Chris Kiehl), Albert (Sandra Mather), and five great nephews: Daniel Corey-Goodman, Derek Corey-Goodman, Spencer Kiehl, Trevor Kiehl and Daniel J. Taylor and special friend, Dona Penturfe.
Friends wishing to honor Louise may do so at Calfee Funeral Home, 800 S. Oakwood Ave., Thursday, September 8 from 6-8 p.m. with services Friday, September 9 at noon followed by burial in Sunset Memorial Park where she will be reunited with her parents.
Donations may be made in Louise’s honor to St. Stephen’s Episcopal Church, St. Jude or Boys Town.

Arrangements by Calfee Funeral Home, Beckley.
To order memorial trees or send flowers to the family in memory of Louise Corey, please visit our flower store.