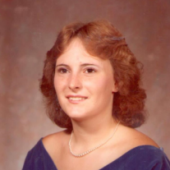 Lori Ann Mills Simpson, 55, of Sophia went home to be with the Lord on November 1, 2018 after a short and courageous battle.
Born August 31, 1963 in Aurora, CO, she was the daughter of Oley A. Mills of Killeen, TX and Wanda K Gunther Wood of Sophia.
Lori was a 1981 graduate of Independence High School. She was a homemaker.
She was preceded in death by a grandson, Lane Simpson.
In addition to her parents she is survived by her husband, Jason S. Simpson of Sophia; children, Scott A. Simpson of Crab Orchard, Shon A. Simpson of Slab Fork, Shayla A. Simpson Carpenter of Eccles; 10 grandchildren; sister, Vicki L. Mills Kingery; brother, Michael Toon of Crab Orchard and nieces Morgan Allen and Rebekah Kingery Salyer.
There will be no visitation or service.