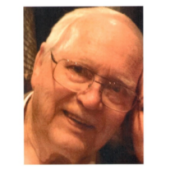 Loney Rex Sarrett, 86, of Arnett, passed away Wednesday, August 23, 2017 at Bowers Hospice House. Born February 17, 1931 in Arnett, he was the son of the late Roy and Ruby Sarrett.
Rex was a chief maintenance electrician for Armco Steel and Peabody Coal.

Graveside service and burial will be 1pm Friday, August 25, 2017 in the Miller Cemetery at Rock Creek with Pastor Larry Kinder officiating.