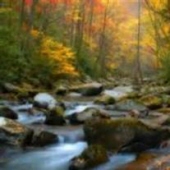 Larry was a WWHS graduate of 1972 (and a proud member of The Slimey Crew). He was a free spirit, who always lived life according to his own terms. He never met a stranger and was loved by so many throughout all walks of life. He loved the outdoors, all four seasons, being on the river, and “walking the tracks.” He was a dog lover owning many throughout his life. He had a lifelong thirst for knowledge, was an avid reader, and his favorite TV show was 'Jeopardy!'

Besides his parents he was preceded in death by both his brothers Eugene (Totsie) Grose and Eules (Buddy) Cobb.

Survivors include his sister, Mary Adamos and husband Jim of Grandview; his special nephews that he loved dearly Shawn Long of Herndon, VA, and Jamie Long and wife Christina of Gainesville, VA; nephews Jeffrey James and David Cobb of Beckley; great-nephews Zackary and Cayden Long; and great-nieces Brooke and Alexandra Long.

A memorial will be held at 2 p.m. on Saturday, August 22, 2015, at the Calfee Funeral Home Chapel with Pastor Vondie Cook, Sr., officiating.

The family would like to extend a warm thank you to Ann Donegan, Tennille Limer and Lori Mayo.

In lieu of flowers, memorial contributions may be made in Larry’s name to the Humane Society of Raleigh County, P.O. Box 115, Beckley, WV 25802.

Online condolences may be left at www.calfeefh.com.
Arrangements by Calfee Funeral Home, Beckley.
To order memorial trees or send flowers to the family in memory of Larry Earl Grose, please visit our flower store.