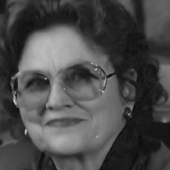 Larna was the oldest daughter of Aaron and Catherine Bartlett of Harrison County. She was preceded in death by her husband of 65 years, Lawrence Cavendish, her parents and five brothers, Les, Lawrence, Arnold (Babe), Mike and Carl.

Larna is survived by her sisters, Bernice Schulz of Tucker, Ga., Hazel Cropp of Sunberry, Oh, Alma (and Bob) Johnson of Wheeling, WV, and Mildred and Bill) Black of Marietta, Ga.; her children, Bonnie (and James) Nigriny of Chesterfield, Va., Stan (and Carolyn) Cavendish of Charleston, and Michael (and Mary) Cavendish of Beckley, four grandchildren, six step-grandchildren and seven great-grandchildren.

Larna graduated from Lumberport High School and Charleston Business College. After marrying Larry April 18, 1942, and while he went overseas in WWII, she worked for DuPont in Charleston. After the war, they lived in Ripley and at Cedar Lakes, while Larry was first a vo-ag teacher and then the first director of Cedar Lakes.

They moved to Beckley, where Larry worked for the Extension Service. Larna served as librarian at Park Jr. High and later in Weston. She had a long record of service to her churches in Ripley and Beckley, as a volunteer leader with schools in both communities, and with 4-H programs and multiple arts and crafts fairs, especially the first ones at Cedar Lakes.

Larry served as director at Jackson’s Mill from 1973-80, and Larna continued her leadership roles in state 4-H programs and camps. After retirement, they returned to Beckley and spent their golden years in volunteer roles for the Soil Conservation Service, 4-H and many other church and community programs.

Larna was above all else a devoted mother – first, to her younger siblings, then to her own children, and then to young people whose interests she “adopted” or championed. Her kitchen was her castle, and she became the Bread Woman of Beckley, contributing bread for the greatest achievement or smallest wound. She leaves behind countless people who benefitted from her friendship.

A memorial service will be held at a later time. Memorial gifts, in lieu of flowers, can be made to: scholarships through the Beckley Area Foundation for Raleigh and Jackson counties (129 Main St. Suite 301, Beckley, WV 25801); United Methodist Temple scholarships (201 Templeview Dr., Beckley, WV 25801); to “WVU Foundation” for Larry and Larna Cavendish scholarship in the Davis College of Agriculture, or to Cavendish Family – 4-H Older Members Conference (WVU Foundation, One Waterfront Place, 7th floor, P.O. Box 1650, Morgantown, WV 26507-1650).