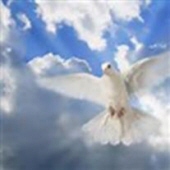 Born June 16, 1933 in Madeline, WV, he was the son of the late John Edward and Bertha Virginia Reed Ward. In addition to his parents, he was preceded in death by brothers, Calvin, Clyde, and Danny Ward.

Kenneth was a graduate of Shady Spring High School and attended Beckley College. He was a retired railroad conductor for CSX and a U.S. Army veteran.

Funeral services will be 1:00 p.m. Friday, October 2, 2015 in the Calfee Funeral Home Chapel with Pastor Jack Barber officiating. Burial will follow in Blue Ridge Memorial Gardens. Friends may visit with the family from 11:00 a.m. until service time on Friday.

The family suggests that, in lieu of flowers, memorial contributions be made to Hospice of Southern WV, P.O. Box 1472, Beckley, WV 25802.