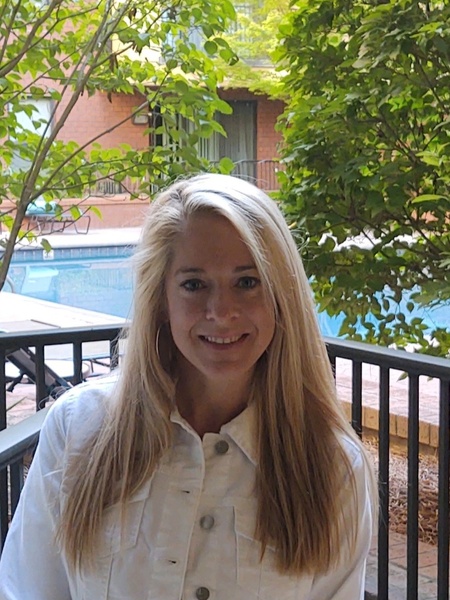 Kathryn (“Katie”) Suzanne Culicerto, 40, of Beckley West Virginia, passed away on Thursday June 9th, 2022 after a fatal brain aneurysm and a seven year battle with cancer.  She was born in Beckley, West Virginia on December 28, 1981 to Richard and Patricia  Culicerto.  Katie graduated from Woodrow Wilson High School in 2000 and went on to receive a Bachelor’s of Science in Public Relations from her beloved West Virginia University, Class of 2004.  Katie worked eighteen years in the banking industry in Charlotte, North Carolina and Virginia Beach, Virginia where she assumed many roles for banking giants such as Wells Fargo and JP Morgan Chase.

Universally beloved and adored, Katie walked through her short life with grace and confidence.  She left an indelible impression on the many people who have since reached out to the family.  “The kindest soul” and “beautiful on the inside and out” were the phrases used most often to describe her.  Her inquisitive personality and infectious laugh will be missed by her surviving bothers Andy Culicerto and his wife Lori, and Ryan Culicerto and his wife, Amy.  She is also survived by her nieces Caroline Elizabeth Culicerto, June Corrin Culicerto and Whitney Scott Culicerto, as well as her lone nephew Maxwell “Max” Ross Culicerto.    She was preceded in death by her maternal grandparents Ross and Mildred Laws and paternal grandparents Joe and Gina Culicerto.

Katie’s family finds comfort knowing Katie will finally be reunited with her sweet K-9 companions Wrigley, and that gnarly little four- legged animal known to all as “Little Dude.”

There will be a visitation on Sunday June 19, 2022, from 6-8 p.m. at Calfee Funeral Home at 800 South Oakwood Ave in Beckley, West Virginia.  A funeral service for Katie will follow on Monday June 20, 2022 at 11 a.m. at Saint Francis de Sales Catholic Church in Beckley, West Virginia.  Pallbearers will be Nick Culicerto, Brandon Fleenor, Michael Pugh, Nate Kalons, Phil Culicerto and Ricky Cornett.  Rest in peace Katie.  You will always be loved and missed and never forgotten.  The family requests in lieu of flowers that donations be made to the Humane Society of Raleigh Country, 325 Grey Flats Road, Beckley, West Virginia 25801, where Katie enthusiastically and generously volunteered her time, or St Francis de Sales Catholic School, 622 S. Oakwood Ave. Beckley West Virginia 25801.

To order memorial trees or send flowers to the family in memory of Katie Suzanne Culicerto, please visit our flower store.