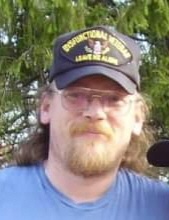 Born February 20, 1968 in Baltimore, MD, he was the son of the late Percy Ray and Ursula Barbara Goedeke Lilly.

Joseph was a former Veterans Adjustment Counselor with the Veterans Administration. He loved his pets, reading, working on his computer and military history. He was a U.S. Army veteran.

In addition to his parents, he was preceded in death by his mother and father-in-law, Harry and Judy Lilly.

Following his wishes, no services are planned.

To order memorial trees or send flowers to the family in memory of Joseph Wade Lilly, please visit our flower store.